HPCA ANNOUNCES ITS DOMESTIC SCHEDULE FOR THE SEASON 2023-24

Himachal Pradesh Cricket Association (HPCA) has announced its Domestic Cricket schedule for the upcoming Domestic season 2023-24. The season will commence from February 20th, 2023, with the Boys Senior Inter District tournament and will be followed by the U-16, U-19 and U-14 age group tournaments, which will take place from April 07th, 2023 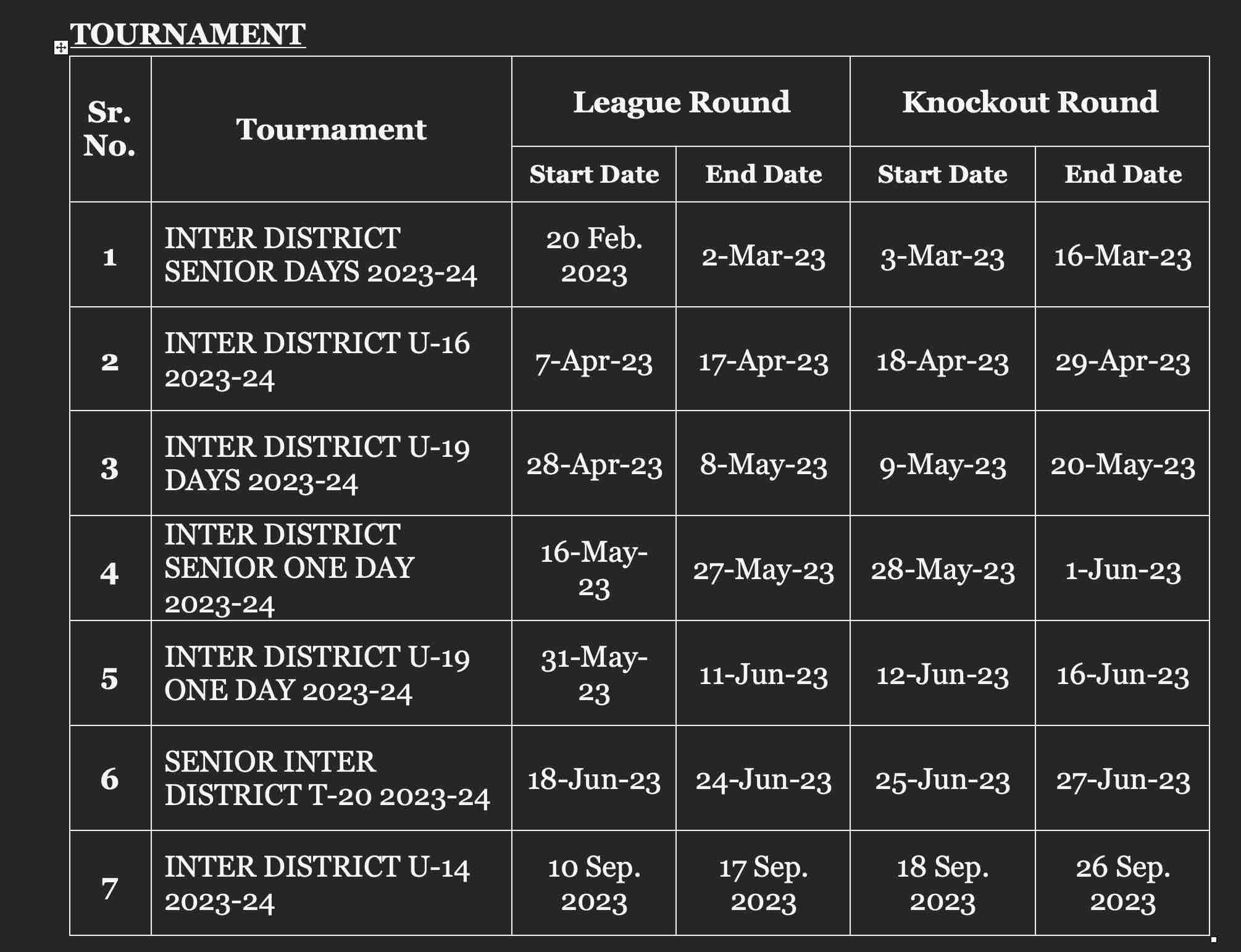 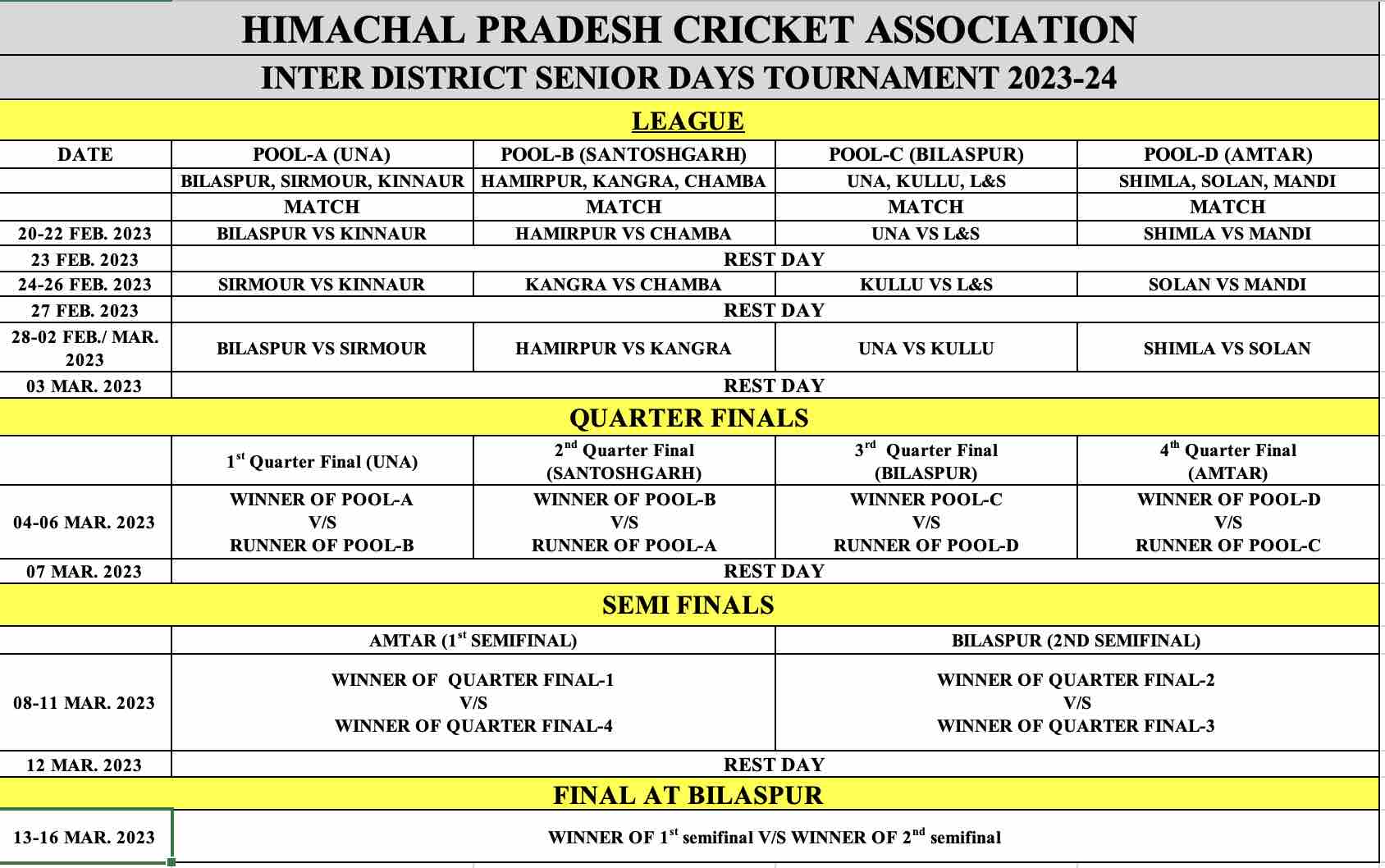 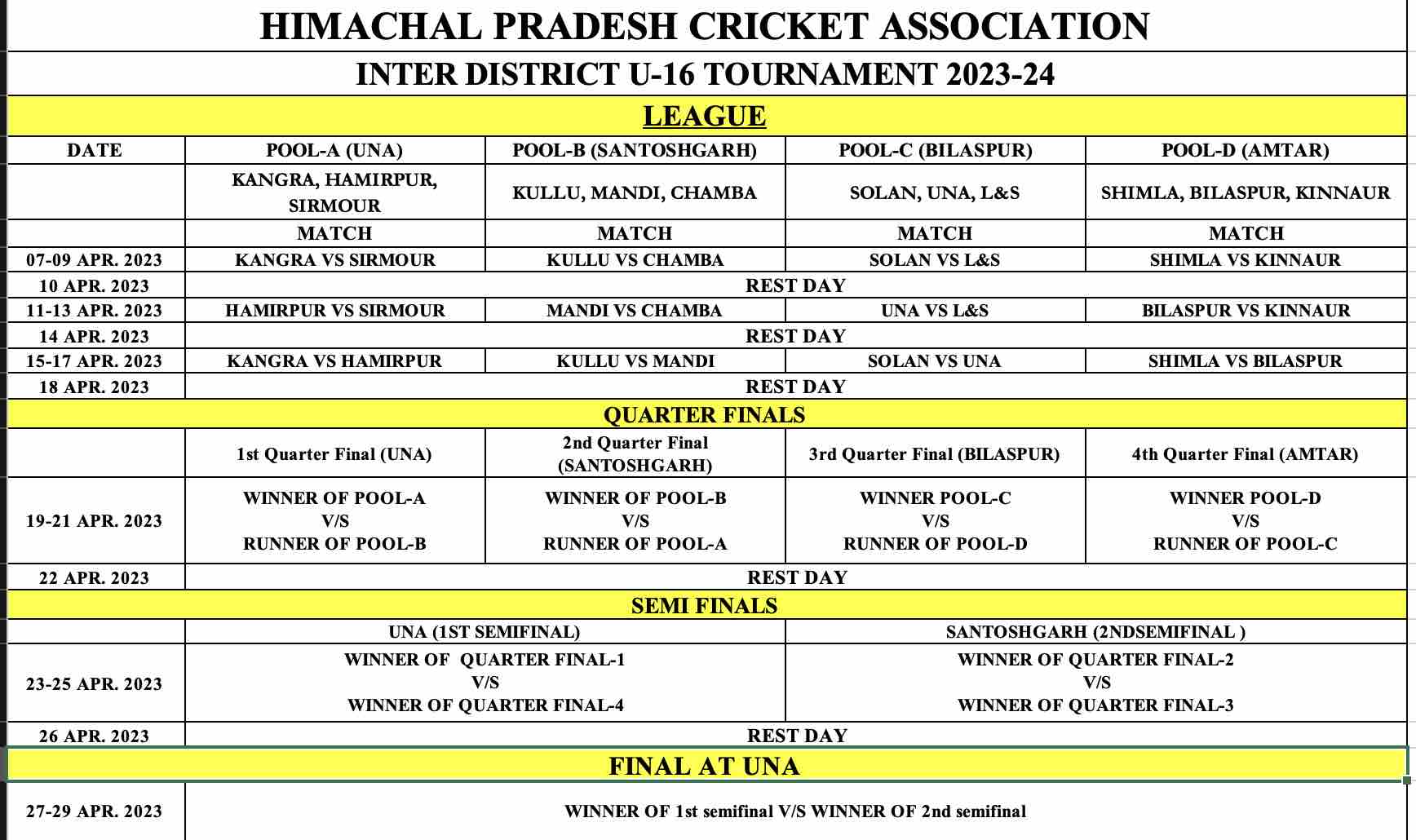 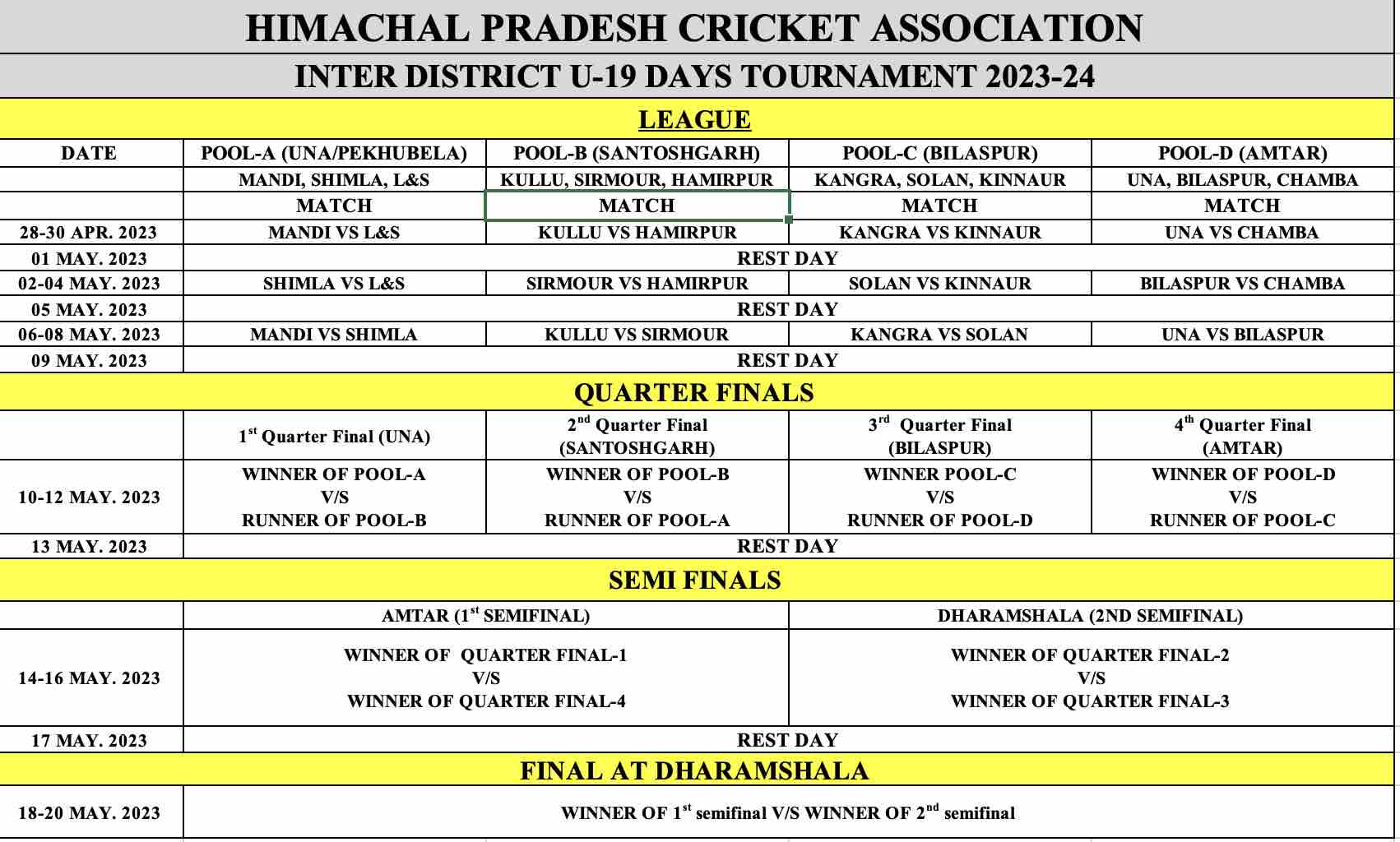 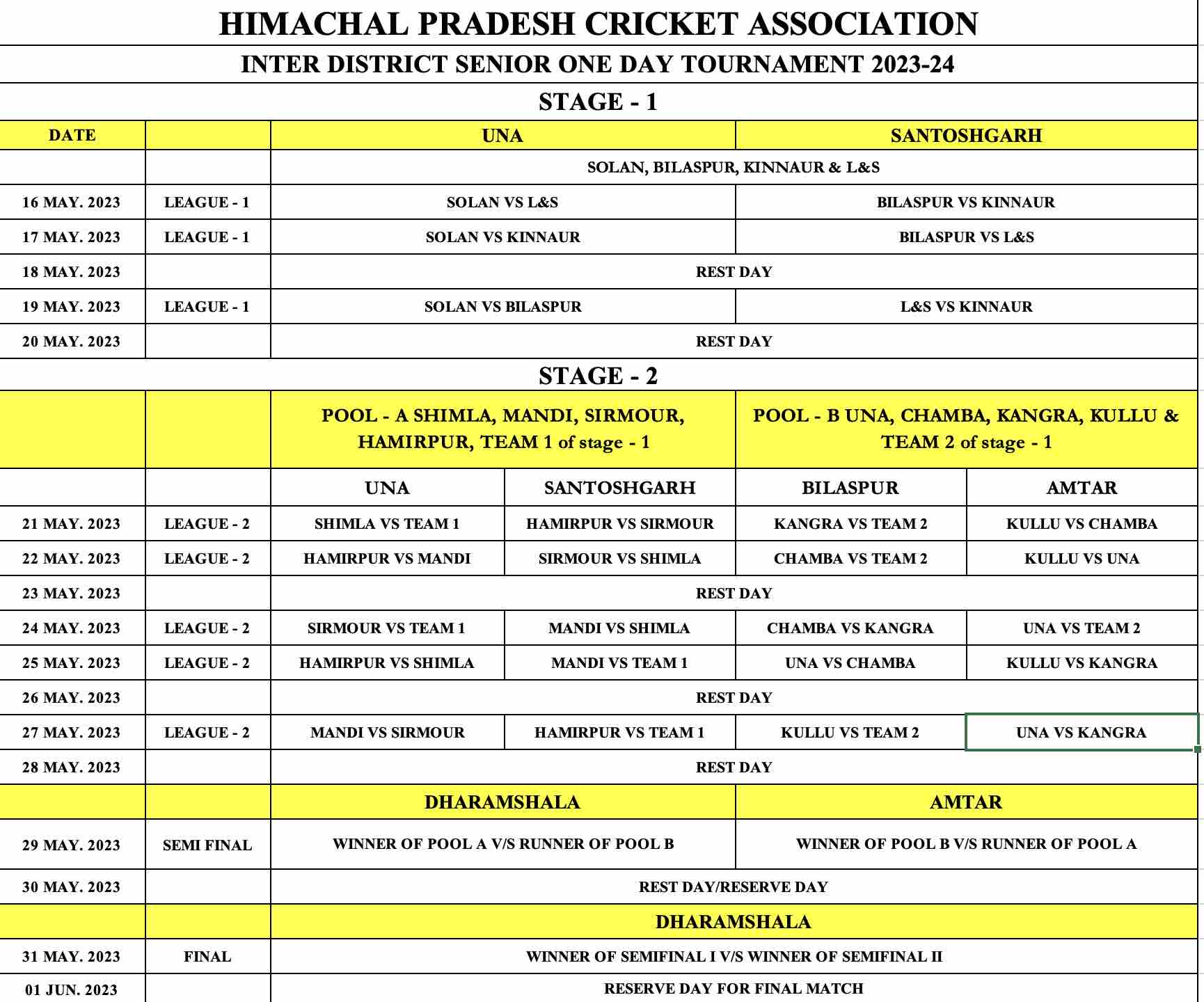 The Himachal Pradesh Cricket Association was formed with the objective of augmentation of game of Cricket in the state of Himachal, in the year 1960.